A new eagle is ready to spread its wings and land in all coffee shops that make quality and consistency their mission. It is called the VA358 White Eagle and is a new Victoria Arduino machine dedicated to specialty coffee. 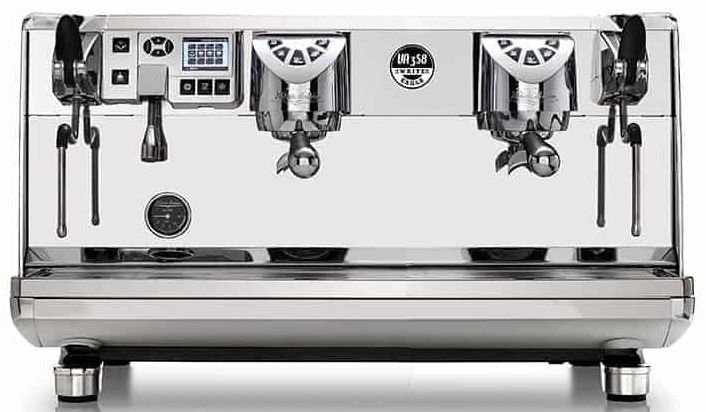 The new eagle is spreading its wings and landed in many coffee shops. Those shops that make quality and consistency their mission. It is called the VA358 White Eagle 3 group and this Victoria Arduino machine is dedicated to specialty coffee. 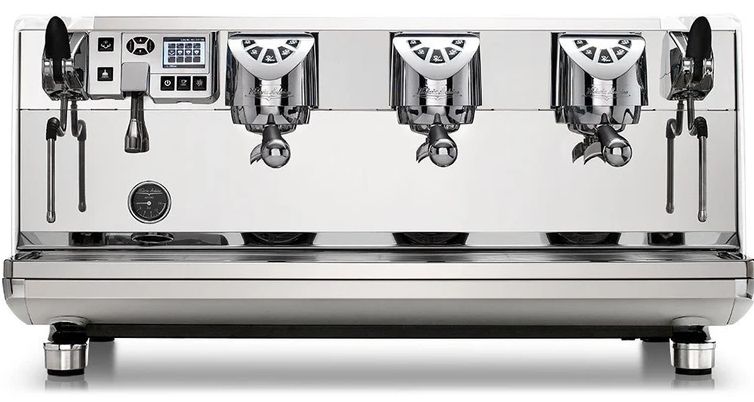 The new White Eagle T3 Multi Boiler is spreading its wings everywhere. Especially Those shops that make quality and consistency their mission. It is called the VA358 White Eagle T 3 2 Group  Victoria Arduino machine and is dedicated to specialty coffee.

Black Eagle is the espresso coffee machine designed for those people that dedicate themselves to coffee and that everyday study, research, and experiment to brew excellent coffee and provide a unique experience. From 2015, it is the official machine of the World Barista Championship. 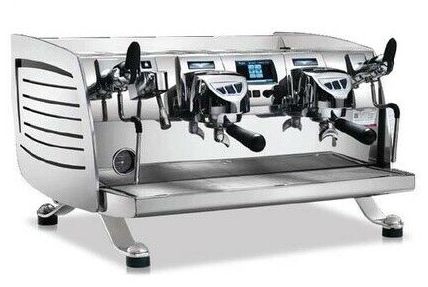 Precise and reliable, it is much more than a simple espresso coffee machine and gives an extra touch to the barista. It is a stable, consistent and volumetric machine. Fit for specialty coffee shops. In the continuous research for a consistent result in the cup, many baristas tested and confirmed how much the volumetric system is better in achieving a constant product compared to the manual mode. 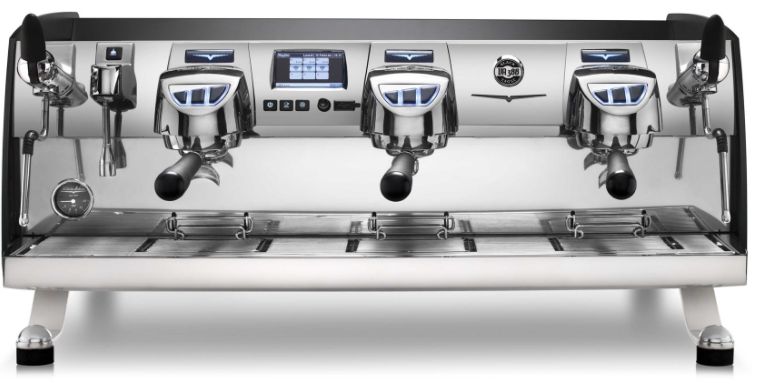 Black Eagle is the first professional espresso coffee machine that loves the planet. It is part of Ongreening, a platform dedicated to environmental sustainability and spreads the most reliable green construction practices around the globe while encouraging to share information and knowledge.

In a coffee machine, the temperature has a vital role because it strongly influences the quality of the espresso coffee. A stable temperature guarantees consistent and excellent results. But how? Even in this case, after applied researches and experiments in collaboration with exceptional baristas, we were able to find a solution that lets the user control every single parameter. That is how T3 is born, a technology that allows the user to set three temperatures: brewing, water infusion, and steam.

A mix of technology, design and something more: passion. Sanremo Coffee Machines are the product of an Italian family that looks out to the coffee world and knows no boundaries. From our company to coffee shops all over the world.

We are proud to present our new espresso machine: The F18SB.e idea for this new appliance came to us directly from the huge demand of our community who wanted an intuitive and high-performance machine. When designing the F18SB, we decided to put all our years of experience and the best technological innovations available into a machine that is destined to become the benchmark for many businesses. The F18SB is in fact the perfect partner for restaurants, coffee shops, roasting companies and bars all over the world, where above all reliability, robustness and speed are required. 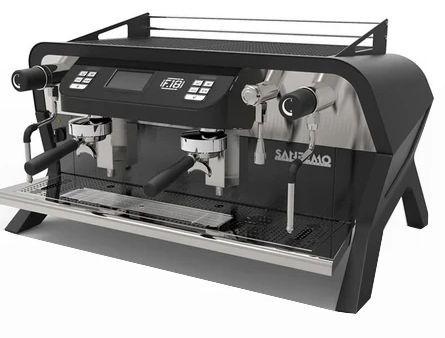 In fact, the F18SB shares the same technology as all the top-of-the-range Sanremo models, which enables significant energy savings while improving performance.While we wait to see our new creation appear in coffee shops around the world, find out more on the landing page created exclusively for you. Your exciting journey into the world of coffee starts here .Like most of our new machines, the F18SB has an energy-saving system that cuts energy consumption by more than 20%, with intelligent energy management and state-of-the-art boiler and pipe insulation. 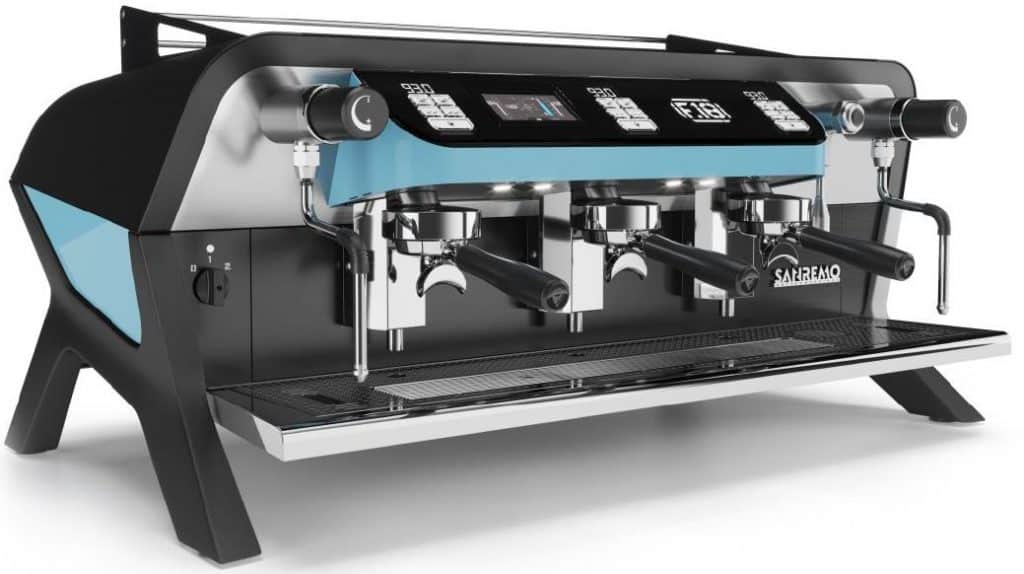 A new user interface allowing to set and control all available parameters (from preset to service) with a few touches. Having everything under control has never been easier with the new Sanremo F18. The Multiboiler Realtime Stability system ensures complete independence between steam and coffee output; as such, these two operations do not affect each other and guarantee a great coffee every time.

Inspired by the world of military aviation, F18 brings all its might into international coffee shops. A painstaking teamwork led to this new model, which is winning hearts in our community while bringing forth several new features into our range. Clear lines surround a new low-voltage electronics to ensure flawless extraction every time.

The thermal performance is outstanding: the temperature is always perfect, not to mention pre-infusion: its control allows to maximise extraction, bring out the body and make your coffee simply flawless.

Sometimes projects are born to reach a specific goal, other times to fulfil a dream, or yet again to pursue an ambition. This is the story of a coffee machine conceived in complete, unrestricted freedom. Without haste, boundaries or obligations, other than the drive to ensure perfect performance to all baristas in the world. It all started with a clear and spot-on vision: having the best of Sanremo technology in a light and sturdy chassis. Much like in a café racer motorbike. 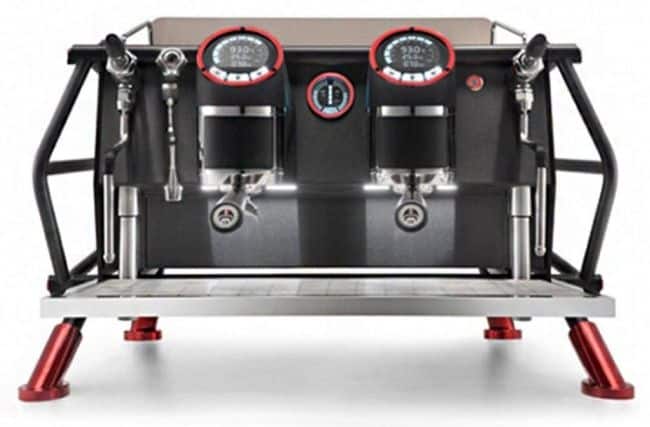 Two reasons why Café Racer has been, since 2018, the official machine of the Latte Art and Coffee in Good Spirits competition finals. The technology in this espresso machine stands out as the answer we wanted to give to countless baristas who were demanding a high-performance, reliable machine with character. 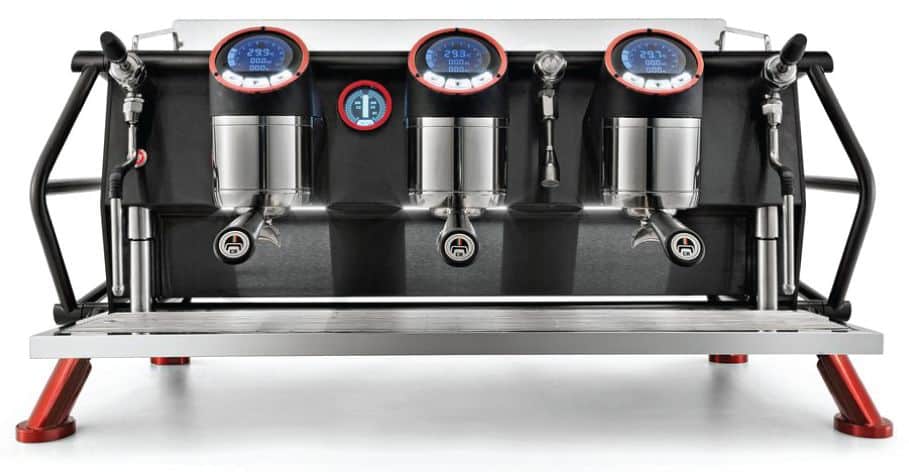 Some Of Our Great Clients

Koffeeone understands What Defines the Characteristics of Perfect Espresso Machines.

First Of all In expert espresso machines. Temperature assumes a critical part. Therefore it firmly impacts the nature of the coffee. A steady temperature gives a fantastic and repeatable outcome.

Due to examinations. Also great research and experimentation. In addition to working with the best baristas. As a result we have figured out how to discover an answer. Especially  that accommodates the control of each and every parameter. Along these lines The T3 was conceived.  As a result the T3 innovation permits the barista to set three temperatures. For blending. Gathering and blending the water mixture and the steam.

Furthermore you get to control of the water supply. With precision that regulates the temperature strength to deliver an immaculate espresso coffee. This additionally occurs because of an electronic framework. Hence with with tests for temperature. Weight  and PID that deals with every factor.

Most Of All Victoria Arduino was established in 1905 by Pier Teresio Arduino. Probably with the point of building a coffee machine that did not trade off on quality. Nor materials or execution. Yet the outcome re-imagined the borders of present day coffee espresso machines.

Especially Relevant is the organization is presently situated in Belforte del Chienti Italy. Most noteworthy proceeds with the custom of Pier Teresio Arduino. Most of all  putting resources into research to offer the most progressive coffee innovations.

Especially relevant the first contact Pier Teresio Arduino had with espresso machines was probably due to a woman. Because  the young man met here at a Turin locale in the early 1900s.

Pier Teresio Arduino (1876 – 1923) built his first espresso machines in 1905. Whilst basing it on the principles of physics that govern heat exchange between two fluids. Thus was born the “Victoria” . Consequently in 1906 was installed in one of the “Rolando & Brosio” locales in Turin. Especially relevant was the Locale was the one in which he met the woman earlier who would later become his wife.

But why did he call his espresso machines “Victoria”? The reason was very simple.  because he believed he had had reached a  victory. Rather an “Italian victory“. From  the fruit of the efforts he had made to obtain it.

In addition to the obsessive attention to the technology. Along  with the registration of numerous patents.  Arduino put a lot of attention into the design of each product. Most noteworthy Marketing and commercial aspects were never left to chance. Participation in events and fairs. Building an efficient sales network and advertising investments were at the center of his thoughts. He used all his efforts to raise awareness. And increase the use of his product around the world.
After more than a century.  Pier Teresio Arduino’s vision continues to guide our thoughts. Actions and ambitions still today. Creating products with innovative technology and design. Whilst linked  to the experience that goes with espresso consumption all over the world.

For more information on Koffeeone or any of their coffee machines and other coffee products. Please contact them direct or feel free to visit their professional Sydney head office and showroom at 8 – 12 Robert Street, Rozelle NSW

The Very Best Commercial Espresso Machines On The Market.